Back in my undergrad criminology classes, the professors would often raise interesting case studies of crimes where the benefits to society of punishment were unclear. Often, these were cases where giving “just deserts” to one party harmed another innocent party, for example the accused’s dependents. Inevitably, one classmate would respond to such case with “they knew what they were getting into” or simply “fry ’em!”

The punitive impulse is strong. It effects an attitude toward crime that one sees everywhere, and especially these days toward illegal border crossing. The reactions to people being punished for crossing the border show this clearly in part because of the inhumanity of the punishment being delivered – in this case, as in many others, not just to the accused.

Fox News' Rachel Campos-Duffy: "I spoke to some African-Americans who say, 'Gosh, the conditions of the detention centers are better than some of the projects that I grew up in.'" pic.twitter.com/nQ1Lx5qMwl

As hilariously disingenuous as the first part of that is, it’s the last part that I want to focus on today – the part where she says that children were brought to the US under “irresponsible” conditions. In her mind, and in many others’, the irresponsibility of bringing kids across the border under threat of separation justifies the harsh punishment of separation, because only irresponsible parents who deserve to lose their kids would cross the border. (Left out of the discussion, as always, are whether children of such parents “deserve” institutionalization and lifelong trauma). That one word, “irresponsible” encapsulates a lot of the circular thinking of deterrence.

That thinking always follows this path: the more severe a punishment, the more deserving of it a rational person will be for committing a crime that carries that punishment. If the punishment for jaywalking were squassation, only a truly irresponsible person would jaywalk, ergo that person would deserve squassation. 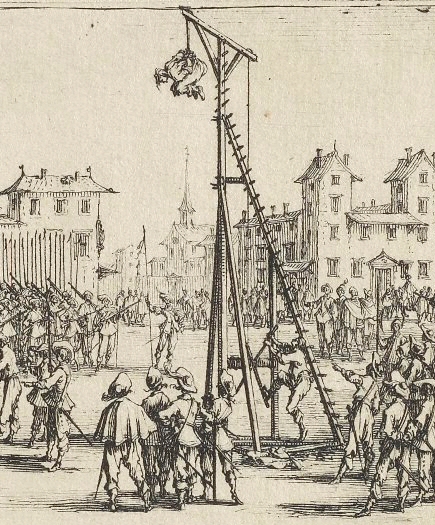 The weaknesses of this logic are first, that people aren’t rational in avoiding punishment or in any other domain. Criminology, like economics, has undergone a reevaluation since its purely rationalist days (I want to say it started with Beccaria…), but this post-rationalism hasn’t permeated the collective consciousness.  Just as people aren’t solely motivated by marginal dollars, they aren’t solely motivated by the sticks and carrots of criminal justice. Also, people tend to apply this philosophy of punishment unequally – for populations with which they have little empathy, they see only sticks and carrots, but for their own community, they want trust, norms, and the restitution of dignity to victim and transgressor.

Criminology (at least at the undergraduate level) divides rationales for punishment of criminal behavior into 4 categories: retribution, rehabilitation, incapacitation, and deterrence (specific and general). My feeling is that people feel highly retributive towards people that they feel little connection too, and that this feeling is often recast for public discourse in deterrent terms – terms that are self-justifying.

It would be nice if politicians who care so much about illegal alien children and their irresponsible parents would care about the way our U.S. Veterans live in the streets without shelter and food. #MAGA Website: https://t.co/2oje01cofB pic.twitter.com/aB1uYiPZDd

As a bone to throw my remaining TEFL readership, let me say that I think this idea of self-justifying punishment has some importance in syllabus design as well – we could design a pop quiz on an assigned reading that is 30% of final grade, and it would be justifiable in the same sense that public flogging for vandalism is.

Spring semester ended ten days into Ramadan, and a quarter of my evening advanced academic reading & writing class was fasting. This means that they took their finals after not eating or drinking anything for about 12 hours. Did this affect their scores? Should we care, since this is a nominally optional practice?

The short answer: it depends/possibly/needs further study, but we should definitely care.

This class makes a decent model to study this question for 3 reasons: a relatively high percentage of the class was observant Muslims (at least as far as fasting and refusing candy that contains gelatin goes), there are 6 big tests (3 reading and 3 writing) during the semester which are similiar in format to one another, and 2 of those tests (1 each of reading and writing) are in finals week – that is, during Ramadan. If fasting students were hurt academically, it should show up on those last 2 tests.

Without posting my students’ actual test scores here, I will just say that on the reading test, fasting students faced a 12% drop compared to the previous reading test, while the rest of the class had only a 2% drop. That is, the final reading test was harder for everyone, but much harder for fasting students. On the other hand, fasting students did 1% better on the final writing test than on the previous writing test while the rest of the class did 5% worse. All of this should be taken with a heaping tablespoon of salt, since the sample size for the while class was 22, producing a hilariously high t (significant at p<1).

So before any conclusions can be drawn, someone with access to administrative-level amounts of data should take a look at whether students who fast during Ramadan suffer disadvantages on tests or assignments offered during that time (the mid-May to mid-June, prime exam time at many schools).

And yes, we should care about this, first since a demographically specific disadvantage during a certain time of the year reduces the validity of the test. We don’t want to assess how well our students know a subject at 7:00 pm during Ramadan for the same reason we don’t want to assess the average temperature of an area at 3:00 am during January. Also, as I pointed out in my last end-of-the-semester statistics post, community colleges exist specifically to allow access to higher education to nontraditional student populations, including working people, older students, and immigrants (who are often older, working, and with family obligations as well). Obviously, this applies even moreso to ESL. If a quarter of the students our departments specifically exists to serve have a reliable disadvantage on certain tests because of factors that we can change, we should probably change those factors.

Diary of a Technophile and an Equity Advocate