The last day of class, instead of having the potluck that my students were probably hoping for, we did a very quick analysis of the book we had just finished reading (Farewell to Manzanar) using Gee’s NIDA identities. 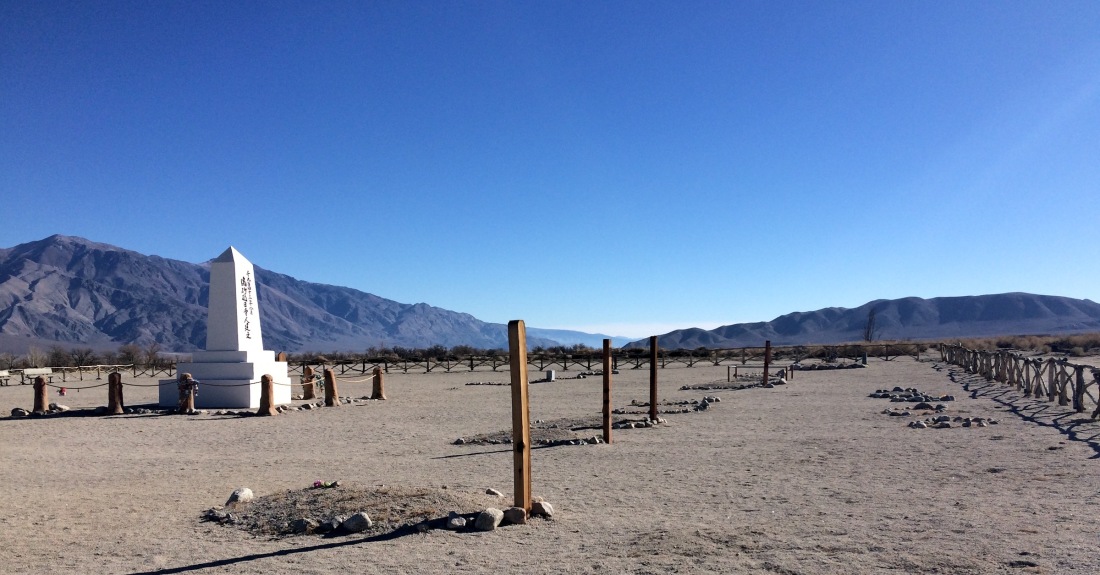 To briefly summarize what those are:

N-identity (nature identity) is the part of identity which is supposed to come from nature. It often includes visible traits like gender and race and the palette of traits and abilities that are thought to stem from them. As the Rachel Dolezal controversy shows, what is N for some people is I or A (see below) for others, and people can be quite unforgiving when they think an N characteristic is being wrongly taken on or rejected. My students were astute in noticing that even N identities change when the people around to perceive and interpret them change – the main character in Farewell to Manzanar has different N-identities when surrounded by other Japanese-Americans than with other Americans.

I-identity (institutional identity) comes from institutions of which one is part. For example, my ability to pass as a teacher comes mostly from my employment by schools, and not many people would accept the legitimacy of a “teacher” identity without it. It can be fun to imagine which kinds of jobs require institutional recognition to be considered a legitimate claim to identity – to me, “artist” is not an I-identity, but “animator” is. “Philosopher” is not an I-identity, but “researcher” is. My students said many characters in FtM lost their I-identities (in most cases, fishermen who worked together) when they were forced to move into the camps.

D-identity (discursive identity) comes from interactions with other people wherein one comes to be known as a certain “type” of person. This tracks what most people call a “personality”, but unlike “personality” has no implication of permanence. That is, one can have different D-identities among different groups of people. The Papa character in FtM is a bit of a stereotypical alpha in the way he interacts with others, which shifts from comforting to ironic as his life circumstances change from independent businessman to unemployed drunk.

A-identity (affinity identity) is similar to I-identity in that it relates to larger social groups of which we consider ourselves part. Unlike I-identity, A-identity doesn’t require any kind of actual membership in a group, only affinity for it. One can have an A-identity as a Premier League fan without any formal affiliation in the form of membership in a team or fan club. Notably, and as some of my very clever writing students mentioned, A-identity can be almost entirely imaginary – Papa from FtM imagines himself to be the inheritor of a samurai legacy, although the samurai ceased to exist before he was born and are well on their way to being more a cultural trope than a social class at the time the story takes place. One student mentioned this aspect of A-identity in a presentation, which was a great example of critical thinking.

What I like about these categories of identity is that they make clear both that identity is a multifaceted and context-dependent phenomenon and that it depends on other people and society. That is, you can have multiple identities, and none of them are purely a result of you choosing the type of person you want to be after doing some deep thinking alone or “finding yourself”.

My students did a very good job applying these on short notice to a book they’d probably grown quite sick of on a day when many people were already mentally on vacation. What they said reminded me of some things I’d been seeing on Netflix recently.

It should not be an unfamiliar experience that sometimes other people prioritize your identities differently than you do. In fact, on first meeting, N-identities (or assumptions about them) are often all that people have to go on, and sometimes people can spend quite a lot of time with others before they learn anything about another person’s institutional associations or affinities. In fact, supreme prioritizing of N-identities can go on much longer if you are visibly part of a group whose supposed inborn traits are different from the majority’s. Sometimes you may find your N-identity creeping onto and doing some of the work that the other 3 identities should – your physical identifiers work overtime in the minds of the people around you. A black Yale student, for example, may have to spend quite a bit of time with her dormmates before they realize that in addition to being black, she is also a Yale student. A woman may have to tout her credentials a bit more at a faculty meeting to remind her colleagues that she is a tenured professor in addition to a woman. I have many memories of struggling to make my other features (pretentious, funny, Californian, liberal, critical thinker, etc.) salient to new acquaintances in Japan only to have everything come back to “So, you’re a foreign English teacher. Do you like Japan?”

I had this on my mind as I was watching long-running reality show Ainori (あいのり, or Love Wagon) on Netflix and noticing the gaps (Schmidt, 1990) between it and Terrace House (another reality show – I’m try to force more Japanese into my life) in the way they present Gee’s identities for viewers. For those without a Netflix password or memories of Japanese TV from about 15 years ago, Ainori has 7 strangers travel in a pink van around the world, during which they fall in love with each other, formally confess their love, and go home together (if reciprocated) or alone (if rejected). Terrace House, on the other hand, has 6 people living in a house. That’s it, and if it sounds boring, yes, sometimes it is. The entire production of Terrace House has less of the characteristic pink bubbles and loud noises of Japanese TV, and which Ainori has in spades (or, I guess, hearts). Here is a good summary, complete with calling out the somewhat retrograde views on gender from the commentary. Terrace House is a bit quaint in other ways too, in that its characters, upon meeting for the first time, openly ask visibly non-Japanese characters if they are biracial. This is not dwelled upon, just something that often happens, and something that someone with their radar up for othering (like me) notices. Of course, if Terrace House represents the ambient level of racial othering in Japan, Ainori is a last-century throwback. In Terrace House, biracial characters’ N-identities (besides their genders) fade into the background pretty quickly as we learn new things about them. Ainori reminds me more of other Japanese TV shows is the way it front-and-centers characters’ ethnicities as their main identifying characteristics, their main selling point to an audience for whom N-identity is expected to do a lot of work. 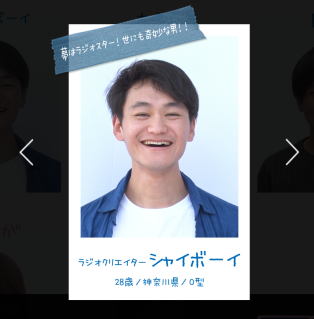 As in many reality shows, characters are given a “type”. Kasuga (on the left), for example, is a gentlewoman from Kyoto, as indicated in her profile pic above (on the show itself, she’s referred to as a “devoted woman”). “Shy Boy” (right, many participants in Ainori don’t use their real names) is a wannabe YouTuber, real life oddball. If you need a Twitter profile-esque encapsulation of these two people, there you have it. 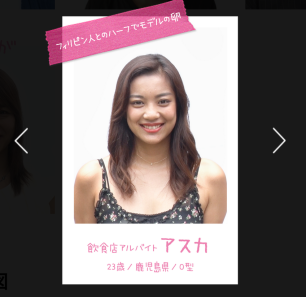 As you scroll through the cast, you may notice something odd about the profiles about some of the cast. Asuka, left, is not just a model-to-be, but a “half-Filipino model-to-be” (literally, “egg of model”). Akira, on the right, is not an “art school student” but a “half Malagasy art school student”. For cast members not simply of the majority ethnic group, their ethnicity is a characteristic worth mentioning.

And in some cases their only characteristic mentioned at all. Tom is a “Chinese quarter” (“half” and “quarter” are nouns in Japanese for people 1/2 or 1/4 another race). We actually find out a bit about Tom during the show – he cooks, he cries a lot, and he forms part of a love triangle. But if you want to know who he is in a nutshell, he’s an ethnicity.

As far as we can tell, none of these characters experience anything close to the intensity or industrial efficiency of the racial hatred displayed in Farewell to Manzanar. They do have one abstract point in common though, which is the N-identity floating to the top of the pile and defining them in the eyes of the majority.

I’ve been using NIDA identity in classes as the lens for text-on-text analysis for about 4 semesters now, and I’ve been continually surprised by the students’ immediate buy-in and the depth of their analysis. Gee’s original article (publicly available) laying out his NIDA classification scheme is not an easy read, particularly for an ESL class, but students have not yet complained even once about it. By contrast, they regularly gripe about the dullness or opacity of our main texts – Farewell to Manzanar, Funny in Farsi, Letter from a Birmingham Jail, To Kill a Mockingbird and others, which on the face of it seem much more user-friendly than an academic journal article. I think this speaks to the utility of taking a universal human concern (again, especially for ESL students) and giving students a more formal look at it.

One of the most consistent points my students make about NIDA identity is, like I suggested with my somewhat trivial example above, that N-identity frequently steps into the void left by lack of consideration of other identities or even reduces them to negligibility. N-identities that are considered especially “informative” (e.g. “black man”, “girl”, “foreigner”) are often elevated to someone’s defining characteristic, and seem especially likely to elbow out information about a person gained through interaction or observation. A common example is that Tom’s N-identity of “black man” in To Kill a Mockingbird defines him as inherently criminal, contrary to what could be considered a less “informative” N-identity as “handicapped person” (if you don’t remember the story, Tom is accused of beating and raping a white woman despite having a severely handicapped left arm) or a D-identity as a kind person, constructed by those who talk to him individually. Contrarily, N-identities which are less freighted with stereotypes, such as “white man”, are less likely to govern one’s interactions than other identities such as “Democrat” or “lawyer”.

A plus for me as an ESL teacher who looks for hooks into thoughtfully talking about grammar is also the emphasis that Gee places on “being seen as” a certain type of person rather than simply being a certain type of person. This change in emphasis, besides scaffolding a healthy interrogation of what it means to “be” black/Japanese/male/young, also facilitates a lot of grammar, particularly passive voice, which otherwise might be shoehorned into the syllabus artificially or left out. For example, although it’s tempting to describe the treatment of Japanese-Americans during World War 2 as if their race inevitably led to imprisonment in a sentence like “They were imprisoned because of their race” (Racecraft style), it would be more accurate to described them as “being seen as members of an enemy race”. The use of passive voice also leads naturally to questions of “by whom?”, almost always a question worth pursuing.

I have the brilliant Diane Hawley Nagatomo to thank for introducing Gee’s identity theory to me in one of her books – it has certainly paid dividends in my classes.

View all posts by M. Makino